The grammar of repeats 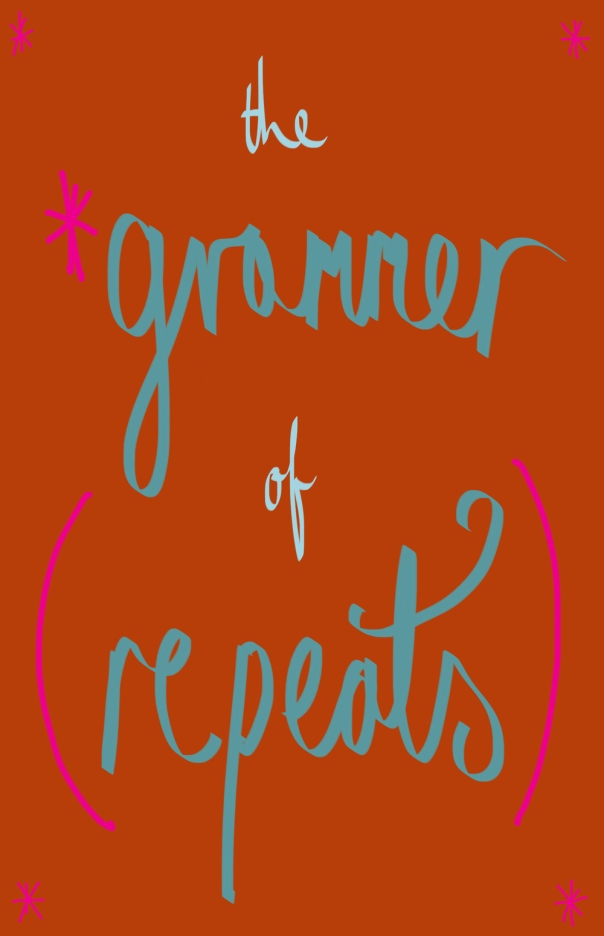 As this extract from one of Barbara Walker’s classic stitch dictionaries shows it’s usual to describe a stitch pattern by the number of stitches required to work one repeat (a multiple of 15 in this case) and the number of additional stitches required to create a balanced pattern (in this case 4). This allows you to calculate how many stitches to cast on — the pattern will work out perfectly over any number of stitches that is a multiple of 15, plus 4. Eg. 34, 49, 64, etc…

Looking at the directions you can see that the 4 balancing stitches are worked first and then the pattern is repeated in blocks of 15 until there are no stitches left.

There are a few different ways to phrase directions that you need to work more than once, and it can get a bit confusing — especially as we use ‘repeat’ as a noun and a verb in knitting patterns.

As a verbrepeat means that after working through a set of directions you need to go back and do it again the specified number of times.

As a nounrepeat means the total number of sets of the phrase that are worked.

In the Fan Shell pattern above if I cast on 64 stitches I would go back and repeat the section 3 times and I’d have a total of 4 repeats.

A repeated phrase can be marked in a couple of different ways. Here is the same pattern phrased in two different ways. Parenthesis can be used to bookend the beginning and end of the part that is repeated

or an asterisk can be used to show where the repeated section begins, it will then be referred back to.

Whether parenthesis or brackets are used is often the designer’s personal preference. I prefer to use parenthesis where the phrase is short, as in this example, and the asterisk format for a longer set of directions where you wouldn’t be able to visually track the whole repeat at once.

This round could also be written a little differently. Sometimes it can be a bit confusing when the beginning and end of a repeated phrase combine to create a longer section of the same stitch. In this case you’ll be working ‘k2’ between each set of cables. It could be re-written like this to make that more obvious:

How many repeats are worked?

A phrase can be repeated until there are no stitches left, as in the first example here, or until a certain condition is met, as in the example above where you keep repeating the phrase until 1 stitch remains.

The phrase can also be repeated a specific number of times.

The parenthesis style of marking repeats comes from maths, which means that the number of given is the total number of repeats just like multiplication.

Whereas if the asterisk style is used you work through the directions once and then go back to the asterisk and work from there again, the specified number of times. Both of these examples have the same number of repeats.

Having different options for marking repeats becomes really useful for more complicated patterns because it means you can nest on kind within another. In this example a short repeat is marked within parenthesis and that is within two larger repeats marked at beginning and end with asterisks and double asterisks.

Do you struggle with tight bind offs? Whether you’re knitting a toe-up sock, a top-down sweater, or a lacy shawl, a bind off that’s too tight can really get in the way of enjoying your finished project! Here are 3 easy methods to work a stretchy bind-off without sewing.

Ysolda shares that the business will be changing, and some of the reasons why in this personal update.
Read More

How to wear a shawl

guest post how to inspiration knitting lace shawl
We love knitting and wearing shawls, but it can be hard to know how to style them. Our guide by Atia of The Bright Blooms is here to help with advice and tips!
Read More